Last week we released our first builds based off Marshmallow and it felt pretty damn good! Not so much the hype or the onslaught of n00bs that followed but the fact that we can now focus on bigger things. Yes, this is not a one and done.

Those that have been here before the wagon got full, know that after every major release we kick off weeklies. Weeklies in the past were released every Monday unless otherwise posted. This time around, things will change a bit and they will be released on Friday’s.

Because it makes sense. End of the work week, you have more time to throw a few back, flash some builds and test features while providing feedback to us.

Be adviced that weeklies are not to be considered stable. Although 9/10 times they’re as stable as the official build, they may include code from time to time that does not make it into the next release. This is all part of the development process.

– Only devices with OFFICIAL XDA threads will receive weeklies

You can download weeklies one of two ways, via our updater that all OFFICIAL builds include or via our download site. 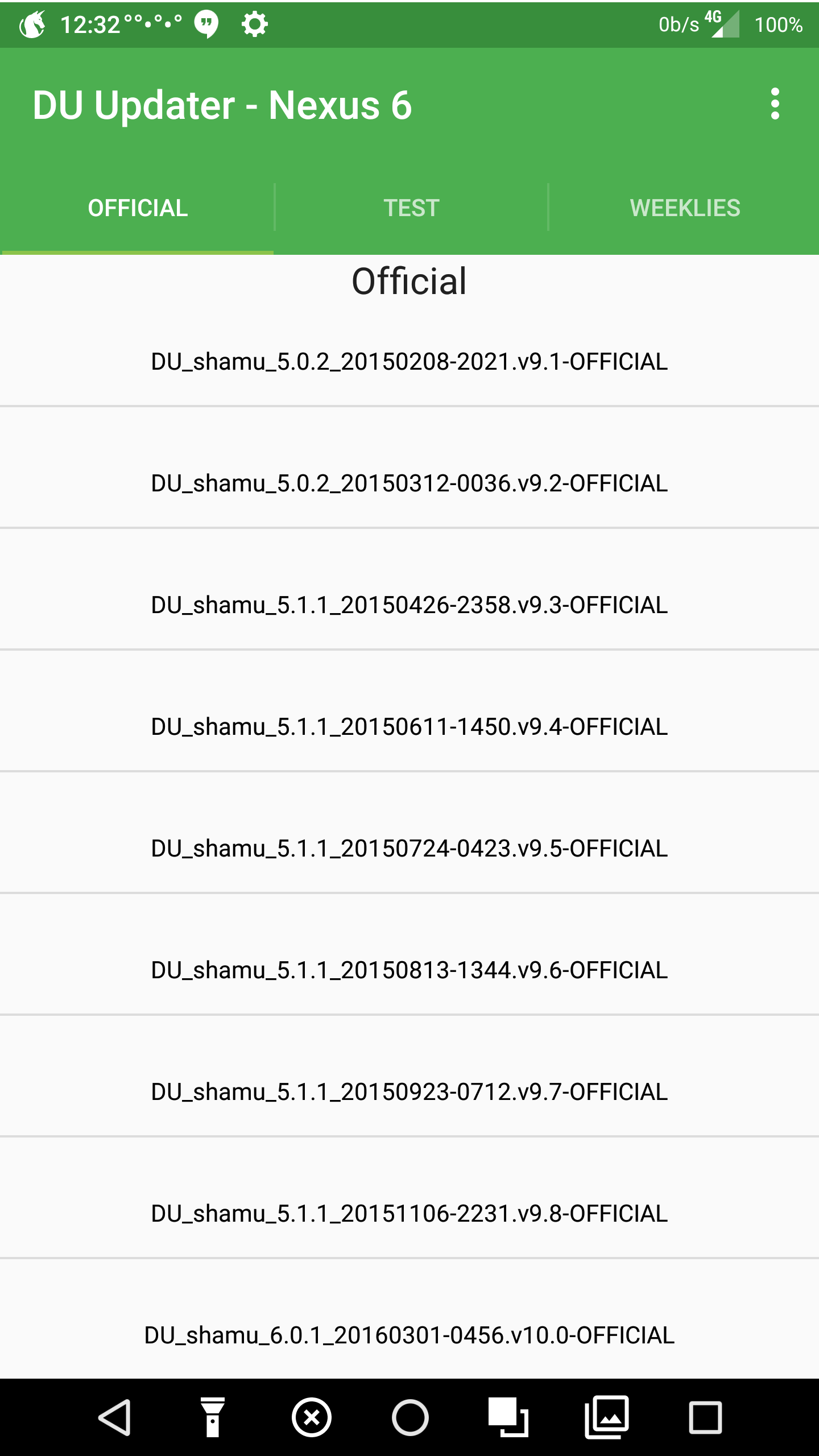 If coming from the v10.0 release, you can dirty flash it on top of it by just wiping cache afterwards. Be advice that if you do experience any bugs, is recommended that you do a FULL WIPE to rule out any issues that may come from dirty flashing. Please provide logcats and useful information when reporting issues.